Style token of the day

By Tempest of "Token Tee"

Well, I guess I am the stranger as I’ve severely neglected my blog, but I’m here now and I’m going to do some catching up.

The past two months have been incredibly busy and a lot has happened. (I will get into further details in another post.)

Either way, one major event that occurred recently was my trip to Japan!

Growing up in a predominantly Japanese area and having an ex boyfriend who is Japanese, I am very familiar with the culture and traditions. Not to mention that I LOVE Japanese cuisine and I mean, I REALLY REALLY LOVE IT. So going to Japan has been on my must visit travel destinations.

Years ago I was actually going to visit Japan with the ex boyfriend (the one mentioned above), but the tsunami hit and all our travel plans got derailed. Oddly enough, months later so did that relationship! But that’s neither here nor there….

I had another opportunity to go and it literally was everything and MORE than I could ever imagine. Words can’t describe the beauty, kindness and cleanliness of that country. YES, I said cleanliness!

We were there for two weeks and spent the majority of our time in Tokyo and Kyoto.

We did everything from visiting several Temples and Shrines, Museums, Gardens and eating so much sushi I was concerned about mercury poison! Oh, and we did a lot of walking and I mean A LOT. Anywhere from 5-7 miles a day! So if you ever visit, comfy shoes are necessary.

The picture below shows the Golden Temple which was one of my fav’s! It was gorgeous to say the least and the grounds were magnificent. Located in Kyoto, it’s a Nationally historic site and is one of the biggest draws in Japan.

I LOVE sweets so when we passed by this cute cotton candy shop, naturally I had to get one. I mean, can’t let my sugar levels get low with all the walking I was doing. 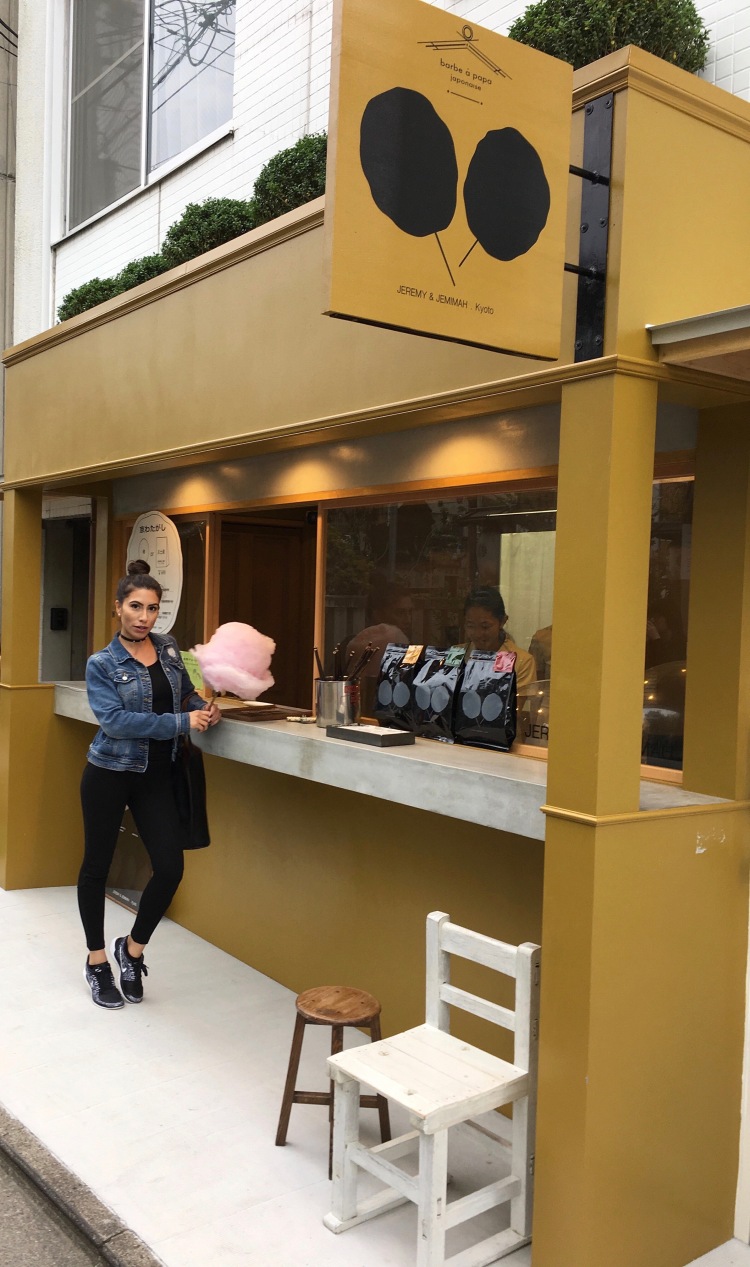 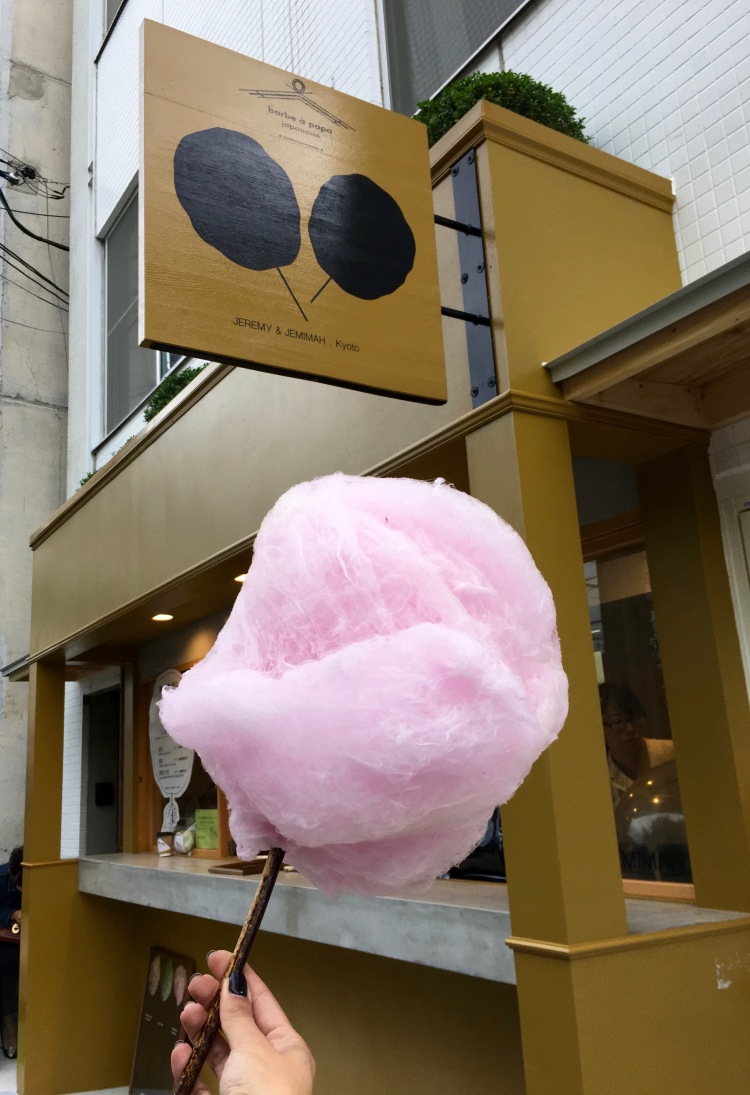 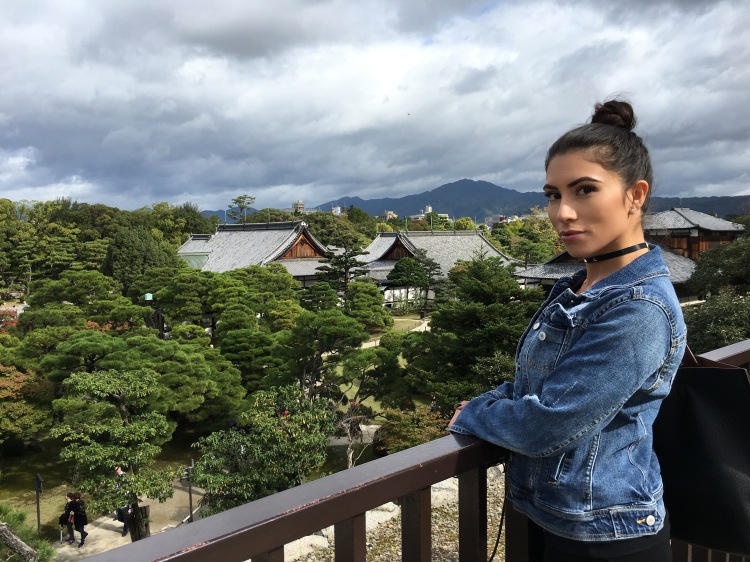 Bumped into some Geishes while walking the streets of Kyoto. 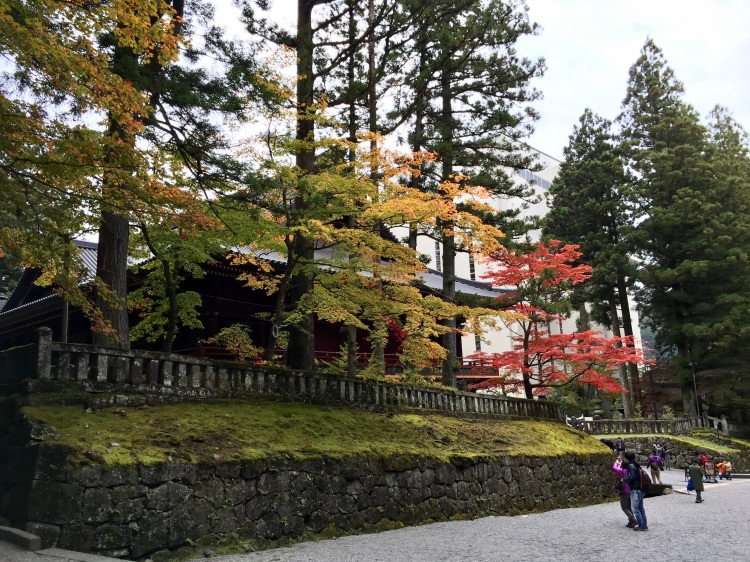 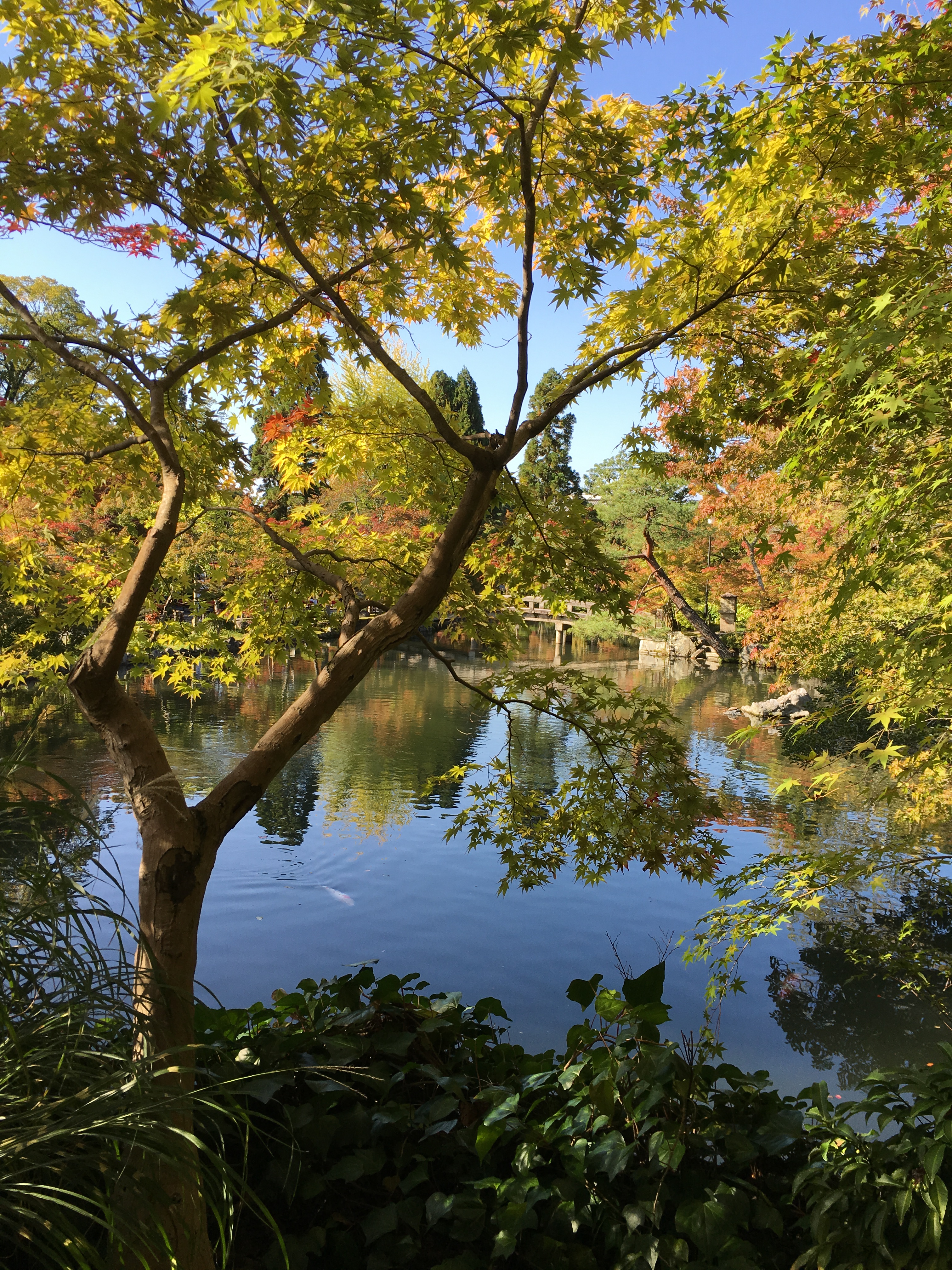 This was the Tokyo City view from my hotel room. 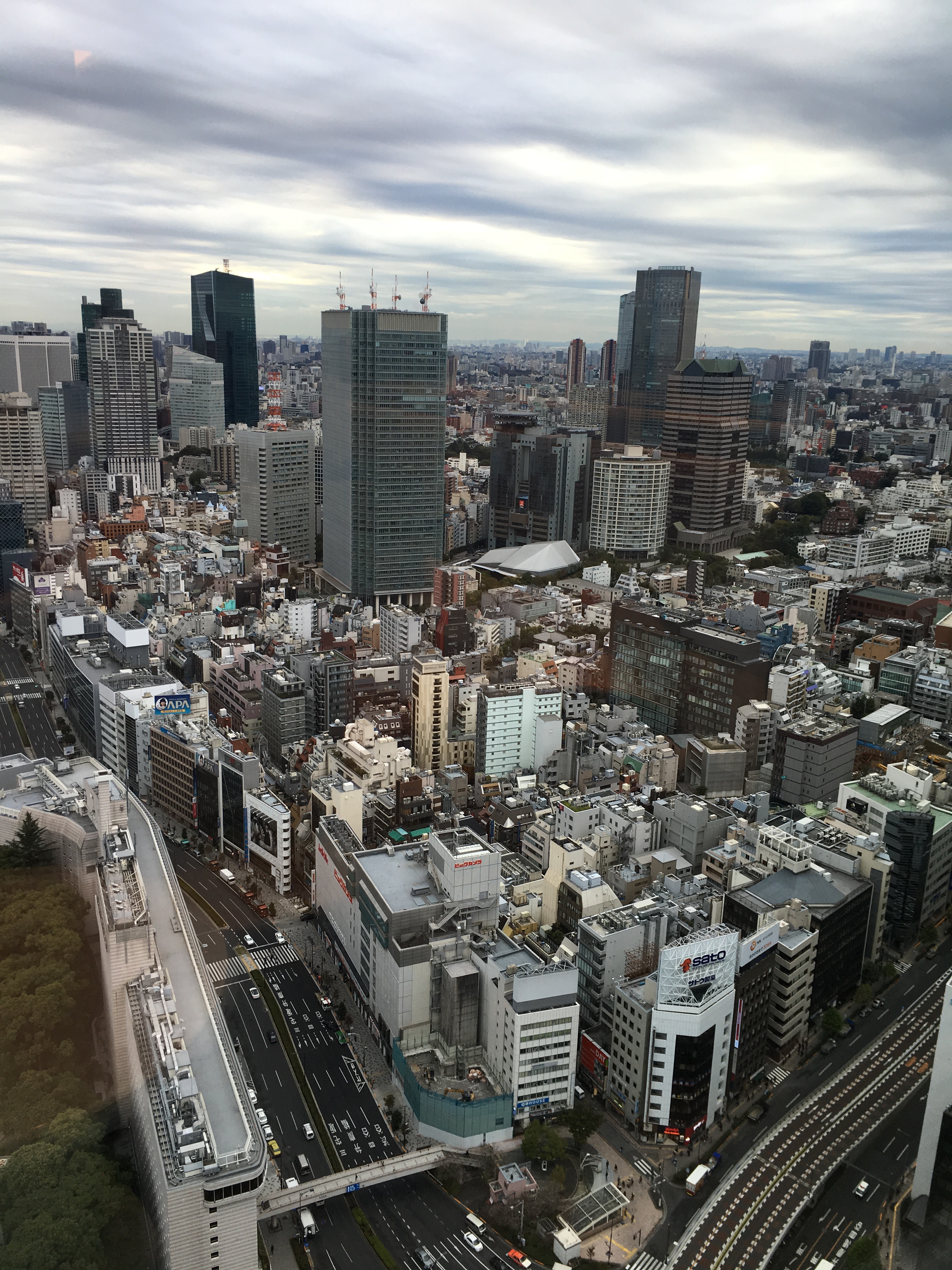 The view from the bar in the Tokyo Prince Hotel where we stayed shown below. 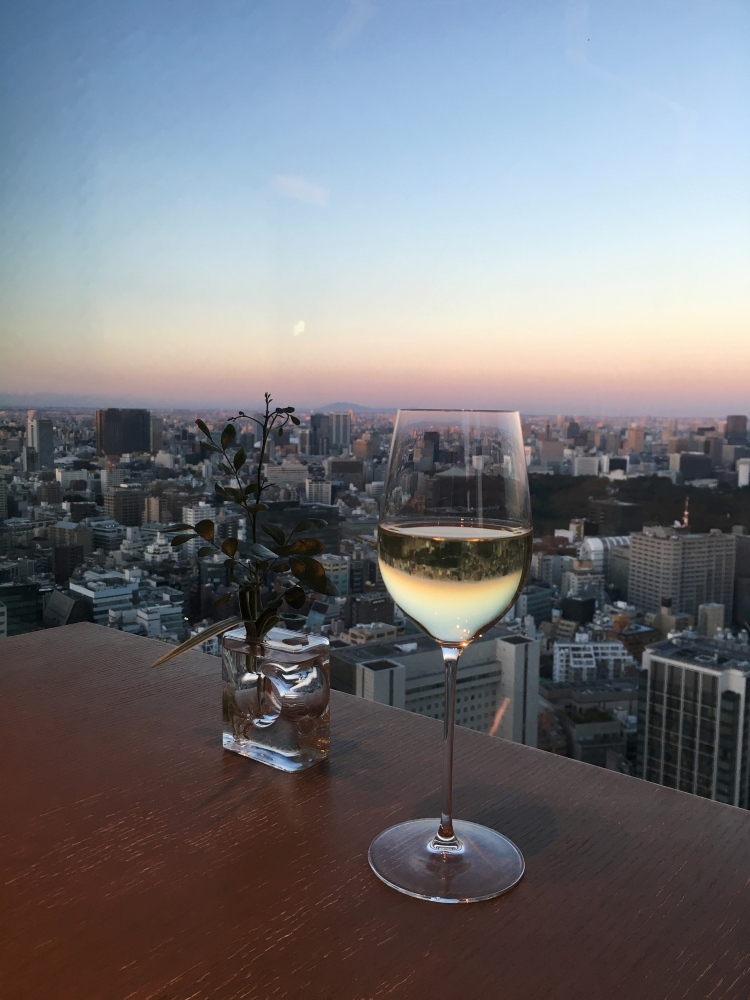 This was the hotel spa in Tokyo. It was a small space, but gorgeous none the less.

Lets talk about the best robata I’ve ever had in my life. Unfortunately I forgot the name, but it was just a short cab ride away from the hotel.

It was a looking menu which meant the items were laid out in front of you and you had to point at what you wanted to order.

If you’re in Tokyo, the Tsukiji Fish Market is a must see place. Its the wholesale location that sells to all the restaurants, stores and basically anywhere that’s sourcing fish.
It opens at 5AM and if you get there early, you can wait in line and get a ticket to see the Tuna Auction.

There are several sushi restaurants just outside the market so get in line and eduldge in some sushi for breakfast. Sounds odd, but it was the most amazing meal ever! 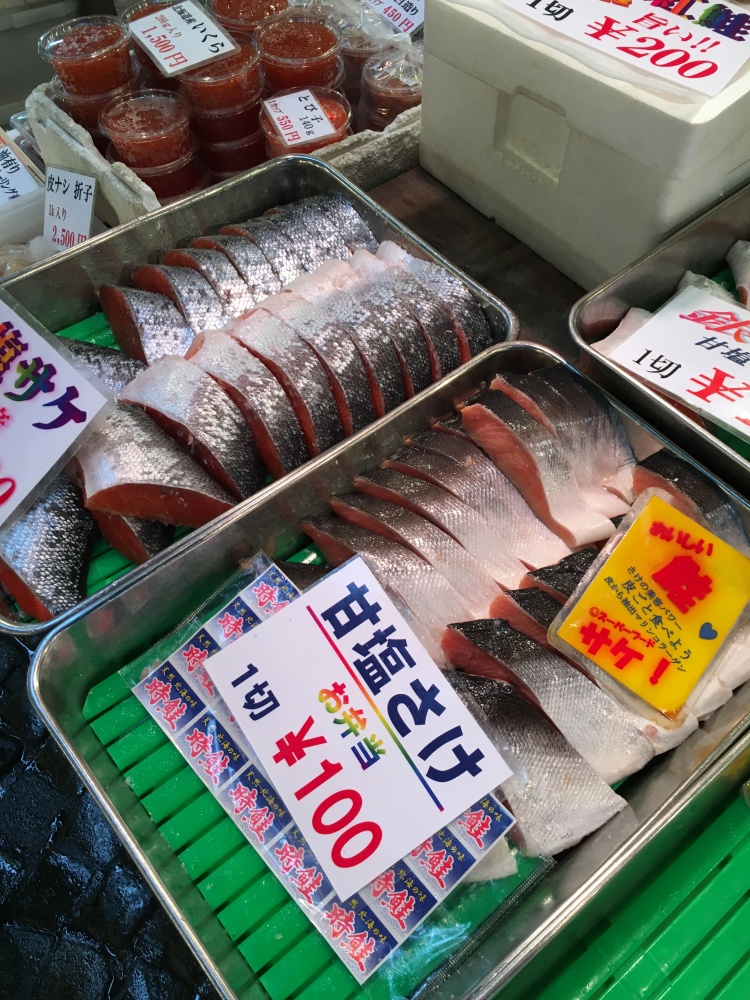